What Januarys are made of. . . 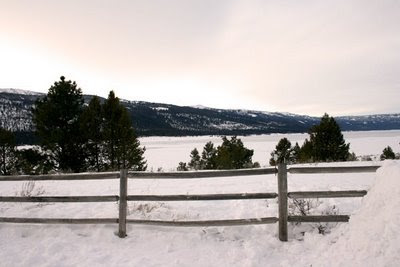 and the latest. . .drum roll please.
Pink eye
That's what our January has been made of. How about yours?
Posted by Valerie at 10:04 AM 5 comments:

Thanks for taking me out for our anniversary. Especially for doing something you had already done before (thanks Russell for the idea) and knowing that I would love it. Thanks for being my husband for 7 years (9 years for CJ because that's what she thinks and I like that better anyway). I love everything about you, the way you impersonate actors, when you try to dance, how smart and talented you are, how you love Halloween, your obsession with pizza, the list could go on.

Who knew I could be this mushy? Now let's get to the real reason for this letter. Would you pick up some bread and milk from the store on your way home from work? Make sure it's on sale and use the coupons I gave you. Don't be too lazy to go in the self-checkout line especially if it's shorter.

What's in a name?

Ben got me new scriptures for Christmas. These are my first scriptures that have my married name on them. I like them. I like my name. It fits me. It's shorter to write and makes my initals V.P.-like vice president. I'm proud to be a Porter.

I also liked my maiden name "Armstrong". I had that name for 22 years. Unlike some people who don't like to be at the beginning of the alphabet, I always enjoyed being one of the first to turn things in or to receive things. I also didn't mind having to sit in the front of the class because #1 I was blind and couldn't see because I refused to wear my dorky glasses #2 I was a good student and didn't need to be in the back of the room to pass notes during class; I could do it right under the teacher's nose.

When people would ask me what my last name was, I would flex my arm muscles forcing them to guess it. I thought I was so funny. I also loved watching some people's expression on their face when I told them my name. For some reason, there are people out there who think it's weird if you're Asian and you have an American name. I was at the temple one day and told them my name and the worker said, "You don't look like a Porter." I said that it was my married name and she seemed satisfied by my reply. Then I spoke up and said, "My maiden name was Armstrong." And left it at that.

Growing up, I thought I was famous because my dad told me I was related to Neil Armstrong. I was so excited I went to school telling everyone Neil Armstrong was my uncle. My experience doesn't top my little sisters. My dad told her that she was related to Louie Armstrong. It didn't occur to her that he was black and my dad was white. She still believed him and went to school and told all of her friends that Louie Armstrong was her uncle. I guess now that I think about it, it could be possible. As a kid though, it was hilarious.

I have always thought my name was unique, but in reality there are lots of women with my name out there. When I was an Armstrong, I was sick and had some blood test done. I wasn't married at the time and I was dating Ben. When the doctor's office called to tell me my results, they told me I was pregnant. I told them it couldn't be, it was impossible. The person on the other line tried to convince me that it was true. She must have thought I was denying it. I finally had to tell her that unless I'm the asian virgin Mary, I was not pregnant (what makes it funnier is that it was a few days before Christmas!). She finally believed me and asked my birthdate. Turns out that there was another Valerie Armstrong that went in the same day for blood work.

There are lots of Valerie Porter's out there too! That's why I include my middle initial when I sign my name. That's not to say there is not another Valerie M Porter out there, it just makes me feel a little more unique.

In about 3 weeks, I get my ultrasound done and get to find out what we are having. If it is a girl, we'll be able to name her just fine. If it is a boy, he may be nameless. We like unique names. When I say unique, I don't mean "weird", like "Abundie". Just not common, like "John" or "Michael". So if you have any suggestions for boy names let me know. I'm almost positive that is what I am having, but I could be wrong!
Posted by Valerie at 2:12 PM 6 comments:

This year, I have written my goals down and let me tell you, I am excited. One of my goals is to "Discover California". Ben got me a really cool book called "Fun with the Family-Northern California". It describes places to visit, how much it may cost and some information about it.

I've decided we will do it once a month-choose a place and just go! We picked Tilden Regional Park located in Berkeley. It has lot fun things to do with the kids. They have a steam train that you can ride for 2.00 a person and it's a 12 minute ride.

They have a little farm with animals you can feed lettuce and celery to-all free especially if you can get your cute kids to work their charm. Even though we weren't prepared, other people were and because our kids are so cute they were given some celery to feed to the goats by a complete stranger. The kids would pick up little leftover scraps on the ground and would try to feed the animals. When the animals rejected their offering, the kids would declare sadly, "Aw, I wish we would have brought celery." (Puppy dog eyes)

They also have a few exhibits in their visitor's building.

One of my favorites part of this day is that Ben took the pictures with his camera and I got to be in them.

P.S. I know what you are thinking and yes, my eyes are open. I'm asian you know.

What's next on our list? Monterey, Napa, Half Moon Bay, and who knows what else?
Check Xander's shoulders out in this!
Posted by Valerie at 10:20 PM 5 comments:

All of the kids have skateboards now thanks to Santa and CJ. Our neighbors have 2 boys and they have all sorts of boy toys including skateboards. I could not keep my kids away from them. CJ saved up her allowance so she could buy a skateboard and of course, the little ones wanted one too. Good thing Santa knows exactly what to buy the kids.

Over the Christmas break, the girls got their ear's pierced and thanks to Mia this time, both girls got them. Mia has been wanting her ear's pierced so bad. She loved to parade around wearing pretend earrings. One day she says to Ben, "I can't wait to have holes in my ears like Mom" as she holds up a pair of my earrings. Ben told her she could get them pierced while she was in Utah and CJ who previously didn't want to get them because it would hurt decided that she too would do it. Let's just hope Xander doesn't want to get his ears pierced too!

On an unrelated note, Ben took the beautiful sunset that is our header when we were stopped at a gas station in Nevada. I am learning how to process my pictures in RAW now and these are my first experiments.
Posted by Valerie at 8:02 PM 4 comments:

Favorite thing to do in the snow: Eat it! While making the 17 hour journey from California to Utah, the first time Mia spotted snow, she declared, "I want to eat it!" If only snow contained all the vitamins and nutrients humans need in order to live. We would definitely save on food expenses.

Favorite thing to do in the snow: Throw it! Typical boy. Although it may look like a regular snow ball, Xander is holding a dangerous ice snowball. Luckily, for "The Porter Team" (people who were born a Porter), the snow was rained on and turned icy on the day of the snow battle. Their lives were spared. The "Non-Porter Team" (people who were not born a Porter)would have most definitely been triumphant.

Favorite thing to do in the snow: Hit it! CJ loved using whatever she could find to hit the snow. Thankfully, we left the axes, shovels, and splitting maul to the grown-ups to destroy each others forts with since they became ice forts. 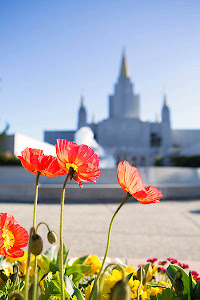 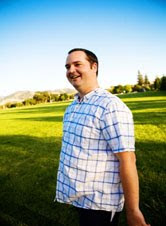 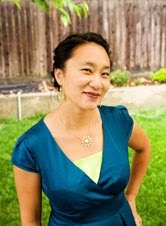 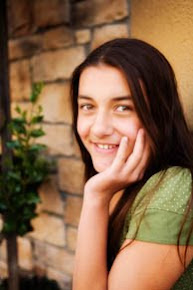 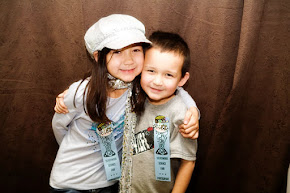 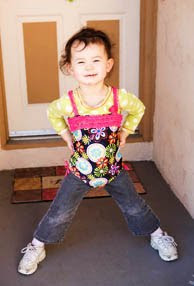 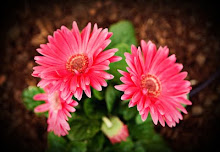